An Introduction To The Different Classifications Of Rocks

There are a few ways you can narrow down your search for the perfect stone countertop. You could search the internet for a month or two, comparing manufacturers, prices, and materials. Or you can narrow it down by the type of stone you want. In other words, which stone classes strike your fancy? 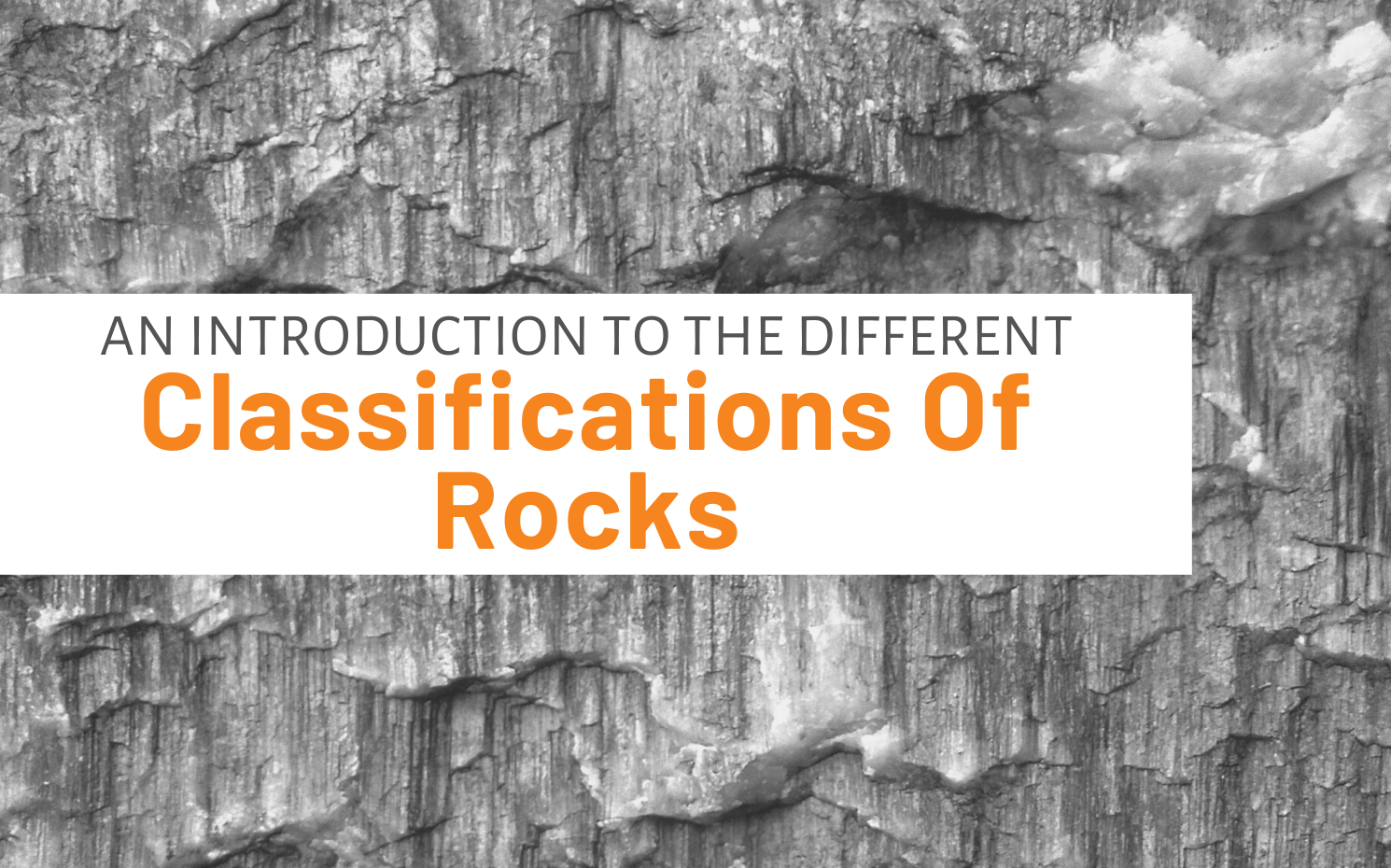 Today we’re going to talk about how different stones are classified and how that can help you in your search for the stone countertop that is perfect for you and your kitchen.

First of all … what are stone classifications?

Scientists put stone into one of three main categories. Those categories are igneous, sedimentary, and metamorphic. Each type of rock is assigned a class by examination of its characteristics. What size are the particles in its make-up? What combination of particles and chemicals does it have? How permeable is it? It all has to do with the rock’s texture and composition.

Granite is an igneous rock. Igneous rock forms when lava or magma cools. In the case of granite, the magma cools and crystallizes below the Earth’s surface, creating the large, crystal-like grains that we can easily see without a microscope. Because of its composition, it is extremely hard and durable. It is in high demand for everything from kitchen countertops to buildings. Granite is one of the most common rocks in the world, which makes it one of the most popular (and cheapest) options for the average homeowner. 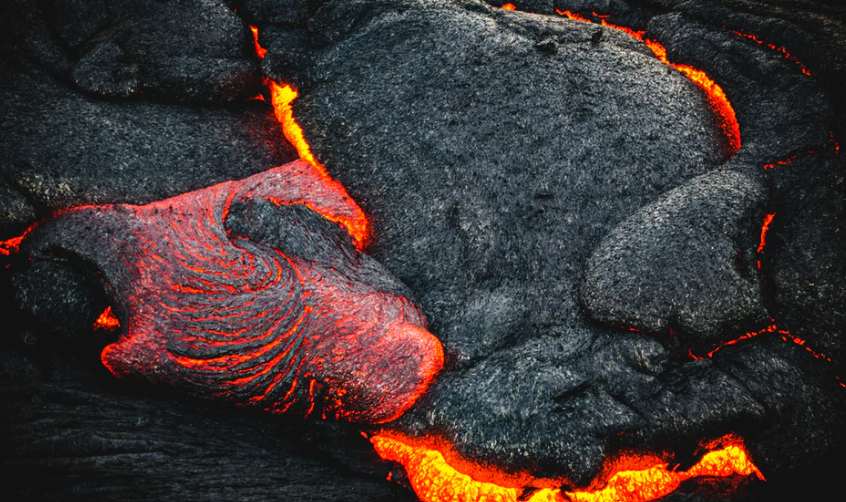 However, there are other igneous rocks that aren’t so common and usually come with a big price tag. Lava countertops, for example, are about twice the cost of granite. But lava is incredibly unique, so people still spend the money on it. Lava is quarried (by hand) from volcanos that erupted centuries ago. The slabs are custom-cut to each buyer’s specifications. Each piece of stone requires a glaze to make it non-porous and is baked at a high temperature. So the original rock isn’t much like what you get in the finished countertop!

Marble, on the other hand, is metamorphic. As you can probably guess from the word, metamorphic rock, such as marble, undergoes (sometimes) extreme changes to become what we know as marble. Mable starts off as limestone. And, by the way, limestone is composed of fossils and biological waste from centuries ago. The limestone is subjected to heat and pressure deep in the earth, which changes its mineral content into completely new minerals. Of course, metamorphic rock is far rarer than igneous rock and harder to find.

However, marble has a contender in the metamorphic class when it comes to stone countertops. Slate is an extremely affordable option. Slate is formed when the clay minerals in shale and different mudstones are compressed. As such, slate is a foliated rock which means, unlike marble, it has distinctive layers. Slate is more brittle than marble, which contributes to the fact that it is not as popular as marble has been. But it isn’t as soft (or porous) as marble, and there’s slate’s tempting price tag to consider, too.

Three examples of sedimentary rocks that make beautiful countertop materials are sandstone, travertine, and conglomerate. Sedimentary rock is created from particles of other rocks that have been worn away by weather, water, or time. 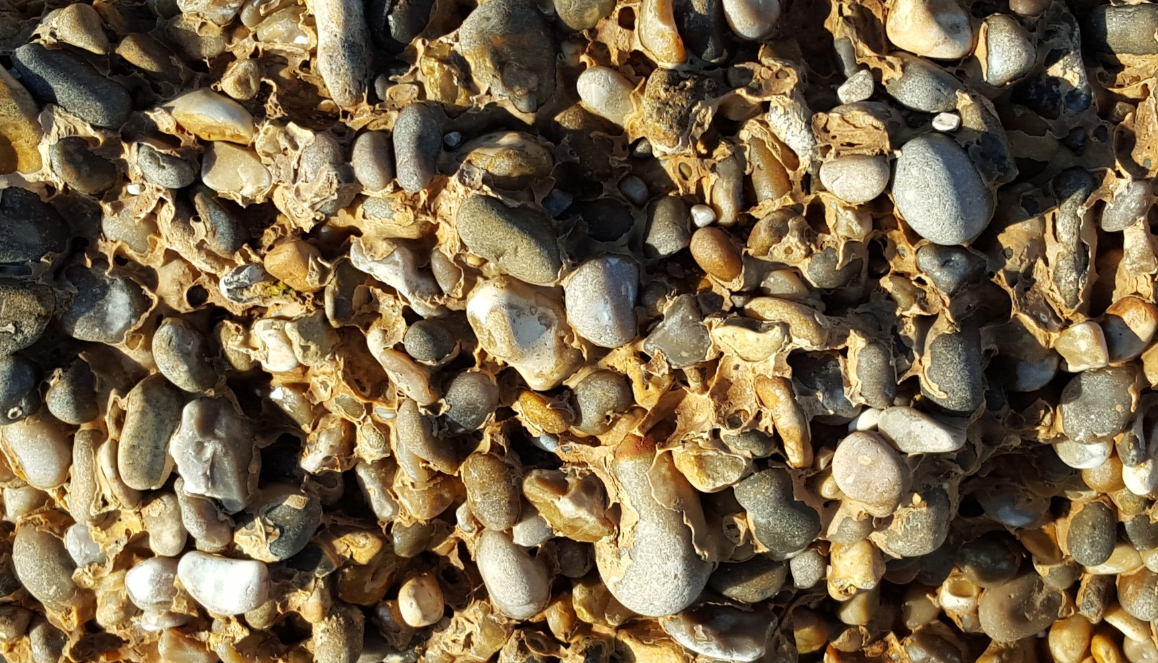 Sandstone is usually formed where there’s plenty of sand buildup (after all, it is sandstone!). It can be found near beaches and in deserts. Travertine is formed near hot springs and in limestone caves. It starts off as a liquid and hardens into stone over time. It’s mostly made up of calcium.

Conglomerate is arguably the most unique. It’s formed when rounded fragments of igneous and metamorphic rocks are transported by strong water currents. These fragments, called clasts, are deposited on the bank of a stream or a beach. There they are bound together by smaller mineral particles, creating an almost river-rock effect when it is cut into slabs. Although the clasts can be small, there are some slabs that sport huge, bold, natural patterns that make a striking countertop. They almost look like they’re crafted of cobblestone.

Science is fun, especially when you get to pick out a new stone countertop and call yourself an expert at rock classification at the same time.

But seriously, which will you go with? Something in the igneous class? Durable, hard, and bold? Or something with a soft, elegant look, like sedimentary rock? It’s up to you. Narrow down your search by using your knowledge of the different classifications of rocks. But mostly, have fun!